You have probably heard of Adrien Brody enough to know he may be an actor, but not that much to know how underrated he actually is. He refused to be cast in what he thought were mediocre movies which would not further his career or challenge his abilities. Thus, he did not appear in very famous motion pictures, but only in those he felt would showcase his mastery of acting.

Although he was and is amazingly talented, his rise to stardom and great roles was often difficult and frustrating. He even confessed that “My dad told me, <It takes fifteen years to be an overnight success>, and it took me seventeen and a half years”. It was probably, because he looked for challenging and intriguing roles which would actually get across a message, something worth remembering. Before he landed his cornerstone role in The Pianist, Brody had a few notable roles in films such as Oxygenor Love the Hard Way.

Adrien’s performances are very remarkable and memorable, because he takes on his roles as if they were religious experiences. He manages to leave aside his personality and pours his soul into the new vessel that is the person his roles demands him to become. And this is not only amazing, but very hard to achieve. Most people are comfortable living with their self and do not bother changing or even making some introspection, yet Brody becomes another self. You may say that he does not leave it all behind, which is true, yet the only thing in common Harry from Oxygen, Jack Grace from Love the Hard Way and Steven from Dummy have is his face and nothing else, since he is the one who plays those roles. 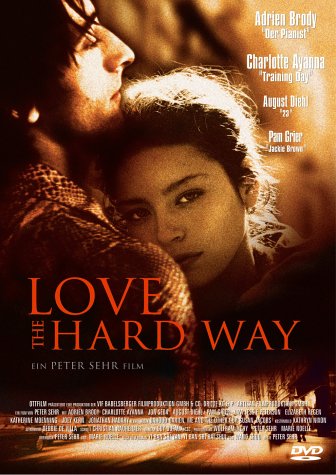 Harry is mischievous, rude, unpredictable and a murderer. He managed to beat the policewoman who tried to interview him at her own game. He is both endearing and repulsive, since he was at the same time flirting and threatening the police officer. Whereas Jack is concerned, he is not your typical bad boy, because he actually knows he can cause a lot of harm to those around him and especially to the woman he loves the most. Thus, throughout the movie, he unsuccessfully tried to make her go away and to prove how unsuitable for her their relationship is. Steven is a socially awkward and anxious man who was never able to form a real bond with a woman, yet he manages to do so thanks to his knack for ventriloquism. Brody took ventriloquism classes especially for this role and excelled at it.

Adrien Brody has a different psychological archetype for each of these characters and this is what makes him extraordinary:his roles are never the same, his method of approaching and creating each time a new self is always new and surprising. He goes beyond his limitations as a person and of his talents and manages to create unforgettable roles.

Yet, he was still relatively unknown until the time he was cast as Wladyslaw Szpilman. His heartbreaking performance brought him an Oscar and also the French Cesar Award. As of 2014, he is the only American to have received this award which is equal to an Academy Award. Brody is also the youngest recipient of the Cesar. The Pianist tells the real story of a Polish composer and pianist of Jewish origin who was living in Warsaw at the time when the Second World War began. Brody manages to capture Szpilman’s harrowing experience of being forced to live in the ghetto and to earn some money by doing the opposite of what he was educated. The Pianist managed to escape the German round-up and to be sent to the concentration camps, yet his family was brutally murdered with the other Jews at Treblinka. This took its toll on him:Szpilman blamed himself for not being able to help his family, to save them from a certain death and at the same time, he had to cope with leading a life in hiding where he hoped for the Allies to win the war and him to be free to choose how he would like to live.

Szpilman’s survived the Holocaust, but came face to face with death two times:once because of the retreating German Wehrmacht and secondly, because of the Polish troops who were in the process of liberating their capital. During the Warsaw uprising, the Pianist was almost caught, but lived thanks to a German Captain, Wilhelm Hosenfeld who brought him food and even donated his coat in exchange for a song played by Szpilman on the piano. Yet the military coat almost brought him close to a certain death at the hands of his fellow countrymen. Only when he yells with his last powers that I am Polishdoes the Army put a hold to their fire.

Although it is quite hard to portray and convey the same pain and harrowing experience a Holocaust survivor went through, Brody does the best job he can. He lost a great amount of weight for the role and his suffering could not only be seen, but also felt and this is hard to get across a TV screen. But Adrien Brody manages to do just this which makes the movie even harder to watch. I have to confess I was not able to watch it more than once and even to do that, I had to gather enough strength and inner power, because you viscerally feel bad and guilty after seeing him perform. Yet, I believe this was Adrien’s goal:to make the viewer feel in pain, because they could not do anything to help save the Jews.

Another wonderful role is the portrayal of the Spanish bullfighter, Manolo Sanchez better known as Manolete. The movie is known under several names The Passion Within, A Matador’s Mistress or Manolete, yet it did not fail to capture the restless life and the tragic end the bullfighter had. Brody does not cease to amaze even in a role which might have seemed too far from him or his other roles, but never too far from his abilities. Besides the uncanny physical resemblance with the actual Manolete, Brody does become a torero, a man so afraid of death, he is falling in love with it. People will find a completely changed Brody in this role:a shy, yet powerful man in love with a woman who is a match for his alter ego of the arena, rather than his day-to-day self. His very short appearance as Salvador Dali in the 2011 Midnight in Paris is also one of the highlights of his acting career. The 2009 role of the music executive Leonard Chess in Cadillac Records and 2011 portrayal of the highschool teacher Henry Barthes in Tony Kaye's Detachment are surprising and amazingly crafted characters. Dali, Chess and Barthes could not be more different and yet, Brody managed to be all of them. Dali is an eccentric, over-the-top and talented painter, yet Leonard Chess is a music producer always on the lookout for new talents and money to keep his label going, whereas professor Barthes is trying to fight the chaotic American educational system. 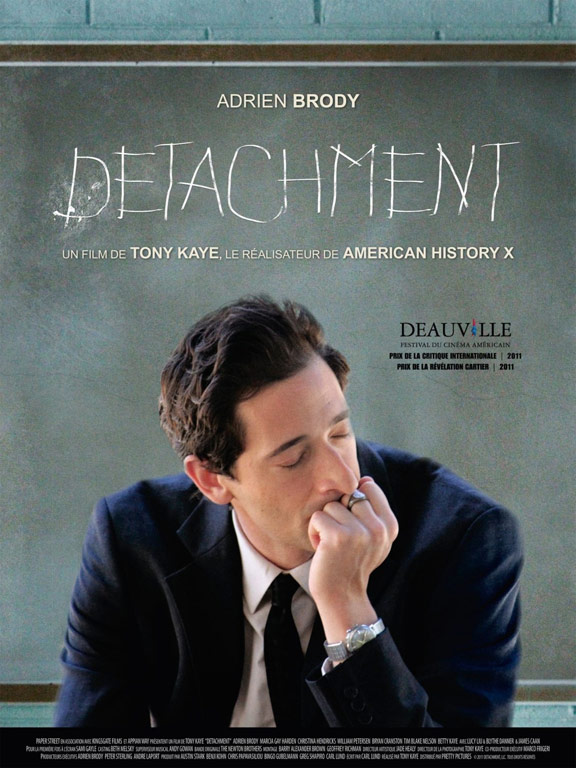 And so, Adrien Brody leads more lives than we would ever be able to or imagine:his characters are so different and have lived in so many eras that he may excel at life better than all of us. In his 41 years, he has been a matador, a music executive and pioneer at achieving an integrated audience, a ventriloquist, a survivor of the Holocaust, a French count, a petty thief, a fighter for social equality, a private investigator in 1950s Hollywood and the list could go on. But you get the idea. He has been more people than himself and this gives one a better sense of perspective. But I guess he could never be anybody else, but himself.